Some seekers have asked us, what is the relationship of the Mudrashram lineage to other lineages? How is your path different from others?

We answer that the Mudrashram lineage exists to support the spiritual work of all other lineages that are established by the Divine purpose and the work of the Hierarchy in its Transcendental, Supracosmic, Cosmic, Transplanetary and Planetary forms. We share the common purposes of:

As an Integral Mediation lineage, we emphasize it is beneficial and important to focus on what aspirants can do to develop themselves spiritually and personally in a balanced Integral way, to be of service to others, and to find a way to know and serve God in a progressively deeper way. We emphasize:

We diverge from other lineages, for:

We further hold that:

We tell the seeker:

“We ask you to judge for yourself if these teachings resonate with you. Understand the differences between the Mudrashram way and other paths by studying the articles on our website and decide whether the Mudrashram teachings are relevant for you or not.”

“We are not here to frighten you, fool you or trick you. We will teach you Integral Meditation, which you can learn from us through the Mudrashram® Master Course in Meditation or the Accelerated Meditation Program. If this basic course speaks to you, then you can come for the advanced training we offer.”

“You can come for a first course, or you can go all the way with us…it’s all up to you.”

We uniquely start our intermediate meditation trainings in Mudrashram® with studies of the Great Continuum of Consciousness and your place on it? Why?

Because, your Path is unlike anyone else’s. So, we customize your meditation program to you.

We identify where you are on your inner spiritual journey through a Soul Reading, and we give you guidance appropriate to your station on the Path. As you take each new step, we give you new guidance relevant to that level. This process continues until you reach the highest stage of spiritual development.

Do you know that most spiritual groups start you meditating on their level, regardless of whether this is appropriate for you?

If you have never meditated before, we start you with our Introduction to Meditation class. This trains you in the basic skills that you need to do the more advanced practices of our intermediate meditation classes, the in-person Mudrashram® Master Course in Meditation and the by-mail and online Accelerated Meditation Program.

Our intermediate classes are where you learn the advanced skills of transforming your Soul at the cutting edge of spirituality, awakening your spiritual heart and opening the inner channels of light and sound, and traveling in full consciousness through the Planes of Light—and much more. We give you a whole toolbox of 27 techniques to actualize your personal and spiritual potentials.

If you want to learn more, read our articles on the Open Stacks page, and in our free online Library. You can take Public Webinars that interest you.

On this website, you can also read about our classes, and the many other ways we have put into place to support you. And while you are there, take our meditation test to see which of our meditation programs is best for you!

If you have questions, or aren’t sure if this is the right program for you, schedule a complimentary spiritual discovery session with us. We’ll help you gain some clarity, so you can make a decision aligned with your values and your truth.

Q: Here’s another term that befuddles me: What the heck is Alaya?

A: We generally speak about Alaya as being the force that animates the cutting edge ensouling entity. There are actually three major forms:

When the Soul is liberated in one Division of the Continuum, this brain center Alaya picks up and animates the Soul in the next Division. So for example, when you finish the development of the Soul Spark, Planetary Soul, and Monad in the first Division of the Continuum, the Alaya picks up and animates your Astral Soul in the Cosmic Sphere.

Q: Where does the Alaya come from?

A: The brain Alaya and the spiritual heart Alaya emanate from Satchitananda, the ensouling entity of the Seventh Transcendental Path. The rhythms of the vehicular Alaya originate from the Lords of Karma.

As long as you have vehicles of consciousness at your cutting edge of spirituality, this current of karmic cycling will operate within you.

Q: What happens if someone activates an ensouling entity, spirit, or nucleus of identity with its associated vehicles of consciousness outside the cutting edge of spirituality?

A: You perturb the Alayic Force.

First, you generate an imbalance that begins to create an energetic split between your cutting edge ensouling entity, its aligned spirit, and its vehicles of consciousness. You begin to partly process karma behind your vehicles of consciousness associated with your cutting edge of spirituality, and partly from behind the misaligned spiritual essence.

Second, when this imbalance reaches a certain point, you experience what we call a fulcrum shift: you fully identify with that spiritual essence that operates outside the cutting edge of spirituality, and your attention becomes fixed in this essence. You begin to primarily process karma from behind the misaligned spiritual essence; the karma behind your vehicles of consciousness associated with your cutting edge of spirituality begins to move into a state of suspension or dormancy.

Third, when you liberate the ensouling entity, spirit, and or vehicles of consciousness at this alternate octave of being, this energetic tributary to the native Alayic current returns to Satchitananda, and becomes refocused at the cutting edge of spirituality.

This is why the Masters of the Mudrashram® lineage may work with individuals, who have generated significant imbalances in their spiritual alignment, to liberate those higher essences, so they will be able to realign energetically with their cutting edge of spirituality. This heals the split within them.

This need for liberation of higher essences becomes most pronounced when individuals have moved their ensouling entity and spirit on a Transcendental Path way out of alignment, as the conflicting energetic harmonic that is set up makes it harder for them to function at the level of their personality.

Q: Is the Alaya the same as the Will of God?

A: The Alaya is synonymous with the core activity of the Divine Will. Those who work with a Master or Initiate may also incorporate the attunement of the transpersonal octave of will with the Divine Will, which confers discipleship. It may also include giving a spiritual service assignment to the attentional principle or the spirit under the Aegis of the Initiate who supervises the development of the Soul—we call this attunement, Dhana.

We discuss the Divine Will and its interface with the personality in greater depth in our article, “The personal octave of the Divine Will,” with is available in our Library. It is also published in our book, A Mudrashram® Reader: Understanding Integral Meditation. [We highly recommend this book to anyone who wishes to study the Mudrashram® teachings in greater depth and to understand the different types of meditations that are subsumed under the umbrella of Integral meditation.]

On the Limitations of Meditation Techniques: Getting to the Infinite Stage

“Yes, I see you are doing that technique. But does this get you to the Infinite Stage?” [1]

Each meditation has certain effects.

In our book, Religions, Cults, and Terrorism: What the Heck Are We Doing?, we have laid out the ranges of meditation techniques taught in different spiritual traditions. Each of these methods taught in these traditions accomplishes a circumscribed objective, but is unable to take you all the way to the Infinite Stage. It will open a part of the Continuum, but it won’t enable you to complete all aspects of the Great Work.

How do you get to the Infinite Stage and complete all aspects of the Great Work? Here’s how we do it in Mudrashram®:

To understand where these levels are, refer to this article.

Through this program of meditation: 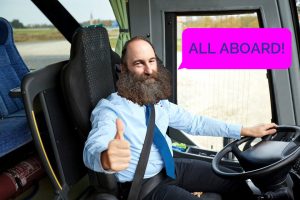 [1] The Infinite Stage is the origin of the Seventh Transcendental Path. It the final segment of your spiritual journey in Mudrashram®.

[2] The Infraconscious is the levels of the mind below the ground state of attention at the waking state of consciousness.

[3] This form, when activated, trains and empowers the advanced disciple to teach the Mudrashram® Master Course in Meditation.

[4] This form, when activated, trains and empowers the advanced disciple to teach the Mudrashram® Advanced Course in Meditation.

[5] This form empowers the Initiate to develop a form of universal ministry and Grace that can work with aspirants and disciples at every level of the Great Continuum of Consciousness.

How can Mudrashram® assist you? It helps to first identify what you are looking for.

Are you looking to heal the issues of your past, so you are ready to explore your spirituality?

You will benefit from our Dysfunctional Family Coaching Program, if you are still struggling with issues from growing up in this environment.

You will get help from our Cult Recovery Program if you have had negative experiences in a totalistic religious or political cult.

You will augment your recovery from addiction through taking our Addiction Recovery Program.

Are you trying to discover who you are and what you stand for?

Our Life Coaching Program will improve your ability to know your Self and to use your faculties to function at a higher level.

Our Introduction to Meditation Program will show you the levels of Conscious, Subconscious, and Metaconscious mind and unite you with your Self, so you are able to take charge of your life and destiny.

Are you trying to answer one of your spiritual questions?

Our metavisional readings will provide you with guidance and greater understanding.[Look under the Our Services menu on this website, click on Metavisional Readings to view the readings you can use to learn more about yourself.]

Are you attempting to address a difficulty in your meditation?

A meditation consultation will provide you with solutions and methods to overcome your difficulty.

Are you looking for a way to spiritually awaken and make progress on the spiritual Path?

One of our intermediate courses, the in-person Mudrashram® Master Course in Meditation or the by-mail and online Accelerated Meditation Program will give you the tools you need to unfold your Soul, allow your spirit to travel back to God, and to travel in the inner Planes of Light in full consciousness.

Once you have completed this course and studied with us for a while, you can take the Mudrashram® Advanced Course in Meditation to experience the deeper stages of the spiritual Path ahead of you on your inner journey.

Do you want to learn more about Mudrashram® before you make a commitment to classes or coaching?

We have a selection of books and webinars through which you can learn about our teachings.

Do you want to explore whether Mudrashram® is a good match for you?

Schedule a complimentary discovery session with us. Email us to set this up.